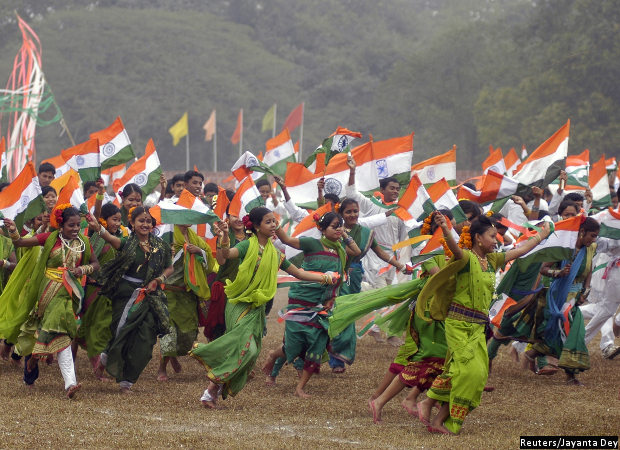 * Mizoram has the same literacy rate as Brazil, 91%, according to World Bank data.

* Arunachal Pradesh has the lowest literacy rate among the eight northeast states with 65.4% in 2011. Nationally, it is only above Bihar’s 61.8%.

* Assam has the highest crime rate against women in India.

The first part of our three-part series on the eight north-eastern states analysed economic indicators, and the second part physical infrastructure.

The third part will look at social indicators, such as literacy, infant mortality, school enrolment, and crimes against women and children.

Mizoram is India's third-most literate state, following Kerala and Lakshadweep, with literacy rates of 93.91 % and 91.8%, respectively.

Mizoram also leads the northeast--and India (Goa with 84.7% is second)--in female literacy, with 89.3% of women literate, attributed to the efforts of non-government organisations (NGOs), church schools in remote areas, and village councils. Tripura has the northeast’s second-highest rate of female literacy at 82.7%, fifth in India.

Tripura was second in the northeast's overall literacy list, with rate at 87.2% in 2011, according to the census, although this NDTV report, quoting a 2012 government survey under the supervision of the Indian Statistical Institute, said Tripura had replaced Kerala as India’s most-literate state with a rate of 94.6%.

Arunachal Pradesh had the lowest literacy rate among the eight north-eastern states with 65.4% in 2011, the second-lowest in India.

Assam has the second-lowest literacy rate among the eight north-eastern states, 72.2%.

Nagaland has the highest primary school (grade I to V) drop-out rate at 19.4%, more than four times the national average of 4.3%.

Only 64% of schools in Meghalaya have drinking water, the lowest among the north-eastern states.

Assam has the lowest number of schools with toilets for boys in the country, 54.8%, and the second lowest (in India) with girls’ toilets at 74.9%.

Crimes against women are increasing, particularly in Assam

The number of crimes against women in Assam is highest within the eight states at 19,139. The state has 15.2 million women, according to Census 2011.

(*Crime rate is the number of crimes committed against every 100,000 women/children)

The northeast, with 3.8% of India’s population, reports 7% of the country’s crimes.

Tripura had the second highest rate of crimes against women in the northeast at 1,615, but no more than 13.8% of cases awaited investigation in 2013.

Mizoram has the northeast’s highest rate of crimes against children at 48; Sikkim is second with 45.8.

Infant mortality very high in the northeast, except in Manipur

Assam had India’s worst infant mortality rate (IMR), with 54 deaths per 1,000 live child births in 2013; the same as the African nation of Burundi, according to the World Bank.

Almost 41% of Assam’s children are stunted (below normal height for the age); the national average is 38.7%; 9.7% are wasted (underweight and short) and 22.2% are underweight (below normal weight for age), according to the Rapid Survey of Children (RSoC) report of 2013-14.

There are variations in IMR across the north-eastern states.

Insurgency-wracked Manipur—often termed a failed state—is the safest place for childbirth in India, with the country’s lowest infant mortality rate, the same as Andaman and Nicobar Island, and equivalent to that of Oman and Bahamas, according to World Bank and the Indian government.

Series concluded. You can read the first part here and the second part here.